All hope was gone. Professionals say that eight minutes of flat lining means death. My friend flat lined for ten.
This morning, a month later, I stopped by to see her. Little by little, she is remembering what she saw, when dead and when alive.
“Sherrie!” she said. “Do you know what the first word was that I said when I came back to life?”
I wasn’t with her then so I asked what.
She said her family and friend asked her to say something.
“The first word I said was ‘Miracles. Can you believe that, Sherrie?”
More of the story tomorrow. I never dreamed I’d see the reality of resurrection in my lifetime! However, God raised one of my friends who flat lined for 10 minutes and brought her back to life. With her permission, I will share the story. No names….just glory to the One who raised her up and gave her back to her family and friends. Follow me, if you’d like, this week. 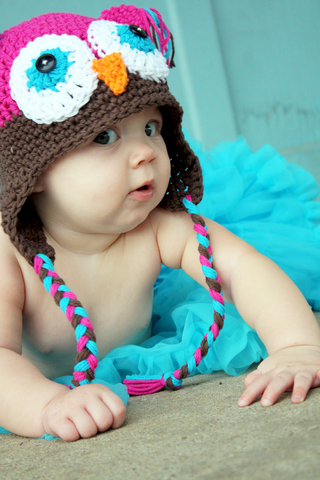 Moses’ life normalizes the adopted life. He blew it like many of us, yet went on to be one of the greatest leaders of all times. Also, God called him “friend.”

Jochebed felt her first labor pain late in the afternoon and by nightfall she had given birth to a beautiful baby boy. It was a bittersweet experience for Jochebed, for death was crouching at her door. Pharaoh, the wicked king of Egypt, in a desperate attempt to keep the Israelites from flourishing and ultimately dethroning him, issued an edict. He ordered Israelite midwives to kill all male Israelite babies at birth. The God-fearing midwives, however, did just the opposite. They welcomed the babies into the world and tenderly placed them at their mothers’ breasts. When Pharaoh learned that the midwives were sparing the lives of the Israelite babies, he was furious and commanded that all male babies be drowned in the Nile River.

The Circumstances and Prayer

As her baby began to suckle, Jochebed’s heart began to race, for she could hear the sound of Egyptian soldiers passing by. How would she ever keep the baby quiet? If the soldiers heard him cry, they would tear down the door and immediately kill him. If only Amram were home. He would know what to do. But he was forced into slave labor laying brick and mortar at Pharaoh’s palace. How disappointed he would be to have missed the birth of his son. Knowing that the soldiers lurking outside could seize her baby at any given moment, Jochebed prayed, “Oh, God, please show me a way to save the life of my baby.”

As she prayed, the idea of placing him in a protective basket came to mind. “Yes!” she said to God, arms outstretched. “This is what I shall do when the time is right.“ When she could hide him no longer, she got a papyrus basket and coated it with tar and pitch. Then she placed the child in it and put it among the reeds along the bank of the Nile” (v. 3-4). Miriam, the baby’s sister, stood at a distance to see what would happen.

About the same time, Pharaoh’s daughter, Hatshepsut, went to the Nile to bathe and heard the frantic cry of a baby. “She saw the basket among the reeds and sent her slave girl to get it. She opened it and saw the baby. He was crying, and she felt sorry for him” (v. 5-6).
(The root meaning of crying: weep, bewail, sob, weep continually, weep longer and weep bitterly.)

Certainly at a few weeks of age, when Moses was put in the basket in the crocodile-infested Nile, he had no concept of God. Probably all he had were sensory memories (sight, touch, hearing, taste) of what was familiar–the sound of his mother’s voice, the sweet breast milk, the sounds of the happy voices in the home where he was born, and the soft breasts from which he nursed.

As he was placed in the basket, all that was familiar disappeared. For the first time in his life, he might have felt like an orphan. He had no awareness of Jehovah–the Being who is absolutely Self-Existent, the One who in himself possesses essential life and permanent existence. Even though his mother wasn’t there with Moses when he was floating on the Nile, Jehovah was. Jehovah’s strong hands were holding him up and keeping him safe. Psalm 63:7-8 says, “Because you are my help, I sing in the shadow of your wings. I stay close to you; your right hand upholds me.”

I am adopted! Someone didn’t want me. This became my story, my scar and my struggle. When I learned of my adoption, compounded by dynamics in my family life, I ‘heard’ only that someone DIDN’T want me. I was rejected somewhere and somehow, I was now different. All of this became the energy force that kept me, motivated me and often controlled me on a lifetime course of anger, debate, searching and stubborn determination to prove that ‘they,’ whoever the natural parents were, were wrong to give me up.
–article for Jewel among Jewels Adoption News by Dr. Richard Gilbert

What I discovered is what I call the primal wound, a wound which is physical, emotional, psychological and spiritual; a wound which causes pain so profound as to have been described as cellular by those adoptees who allowed themselves to go that deeply into their pain. I began to understand this wound as having been caused by the separation of the child from his biological mother, the connection to whom seems mystical, mysterious, spiritual and everlasting.
–The Primal Wound: Understanding the Adopted Child,
by Nancy Verrier
http://preview.tinyurl.com/n6jozhn

The loss inherent in adoption is unlike other losses we have come to expect in a lifetime, such as death or divorce. Adoption is more pervasive, less socially recognized and more profound.
—Being Adopted: The Lifelong Search for Self,
by David M. Brodzinsky, Ph.D. and Marshall D. Schechter, M.D.
http://preview.tinyurl.com/kf7shsf

Can a baby under one year ‘remember’ this traumatic separation from his original parents? No, he will probably not remember these events as a series of pictures which can be recalled. What is remembered, or preserved, is anxiety, a primitive kind of terror, which returns in waves in later life. Loss and danger of loss of love become recurrent themes or life patterns. What is preserved may be a profound moodiness or depression later in life, the somatic memory of the first tragic loss, which returns from the unremembered past even, ironically, at moments of pleasure and success. What is preserved is the violation of trust, of the ordered world of infancy in which love, protection and continuity of experience are invested in people. The arbitrary fate that broke the first human bonds may damage or shatter that trust, so that when love is given again it may not be freely returned. And finally, what is preserved is likely to be a wound to the embryonic personality in the first year which may have profound effects upon later development.
— Every Child’s Birthright, by Selma Fraiberg A single thread in a tapestry
Though its color brightly shine
Can never see its purpose
In the pattern of the grand design.
And the stone that sits on the very top
Of the mountain’s mighty face,
Does it think it’s more important
Than the stones that form the base?
So how can you know what your life is worth?
Or where your value lies?
You can never see through the eyes of man,
Look at your life through heaven’s eyes.
(Destiny and Deliverance: Spiritual Insights into the Life of Moses)

There is another kind of mother–not birth or adoptive–that I want to honor.
In my case, I want to honor multiple moms.
Spiritual moms…who didn’t change diapers or sign relinquishment papers brokenheartedly.
No, they gave me something that neither my mom or birth mother could.

They took care of Baby Sherrie’s soul after she was born again more than 40 years ago. They are the spiritual giants that have walked with me and lifted me up on their shoulders. In their presence, I felt safe to ask any question about God, life, marriage, whatever!

Because of multiple family moves, God faithfully gave me one spiritual mom in every location.

In Oakland, California, he gave me the late A. Wetherell Johnson,, founder of <a href="Bible Study Fellowship" title="Bible Study Fellowship” target=”_blank”>Bible Study Fellowship, who threw me, along with other potential leaders, in the deep end of the pool. “That’s the only way,” she said, “you can tell a leader. If they come up kicking, they’re a leader.” By God’s grace, I stood in front of her Oakland BSF class of 365 women and uttered a few words, knees trembling, voice shaking. I think I had my first panic attack then!

In San Antonio, Texas, he gave me Rosemary Jensen, BSF President after Miss Johnson, who taught me what a real shepherd is by her example. When Elizabeth rejected me, she sent a hand-written note that arrived just when I needed it. After BSF, she went on to found Rafiki Foundation, an organization that houses African orphans, teaching them to be Christ followers in their own country. They also minister to widows.

In southern California, he gave me Muriel Stolte, Teaching Leader of the Redondo Beach BSF, who taught me to pray out loud with the leader’s team. I could barely pray, let alone on my knees with 40 giant Christian women. When we learned of our next move to Canada, she prayed with me for an international BSF class in Sarnia, where we were moving.

In Sarnia, Ontario, he brought Carol Kent, who taught me not to be like Moses, but to step in speaking and writing. I was at the awkward stage in my faith walk and she overlooks that and tells me I’ve always been easy to love. We traveled to San Franciso to be trained for the first international BSF class.

In Midland, Michigan, he gave me the late Ellen Clinkerbeard, who mentored me through five years teaching BSF there. When we moved, she put all the BSF hymns on tape for me.

In Midland, Michigan, he gave me Char Decker, Area Advisor for BSF Midland. She affirmed my leadership like crazy and became a dear friend.

In Indianapolis, Indiana, he has given me Marlene Schultheis, who has walked with me through tough times and has answered questions that I wouldn’t dare ask anyone else.

I love you all, whether you’re at Home or here on earth.

I send you all love and hugs and thanks for pouring into my spiritual life. I wouldn’t be where I am without each one of you.

Likely, there is an adoptee or foster child that you love. That's why you stopped by, right?
For more than two decades, I've had the privilege of writing and speaking about adoption and my passion is to help the non-adopted world see adoption through the eyes of adopted and foster children.