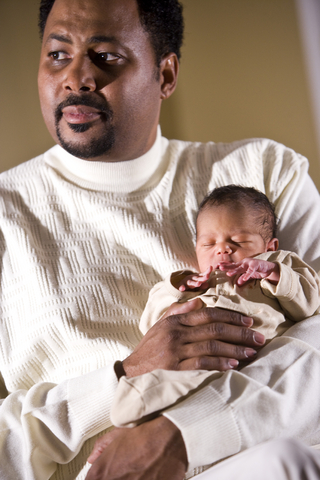 In the majority of adoption literature, birth mothers are mentioned as the predominant loss for the adoptee. While interviewing more than 70 adoptees for a book, I learned that they think about their birth fathers as much as birth mothers.

So why aren’t birth fathers honored? Why aren’t they mentioned? A father is one of the greatest gifts a child can ever have. It is through a father that we learn about Father God.

Here are some of the effects of fatherlessness:

Important features of the subgroup of 32 latency aged girls were in the same order:

Clinical Observations on Interferences of Early Father Absence in the Achievement of Femininity by R. Lohr, C. g, A. Mendell and B. Riemer, Clinical Social Work Journal, V. 17, #4, Winter, 1989

Let’s honor birth fathers on Father’s Day. Honor them for their God-given position and their gifts to the adopted child.

8 thoughts on “The Forgotten Father”