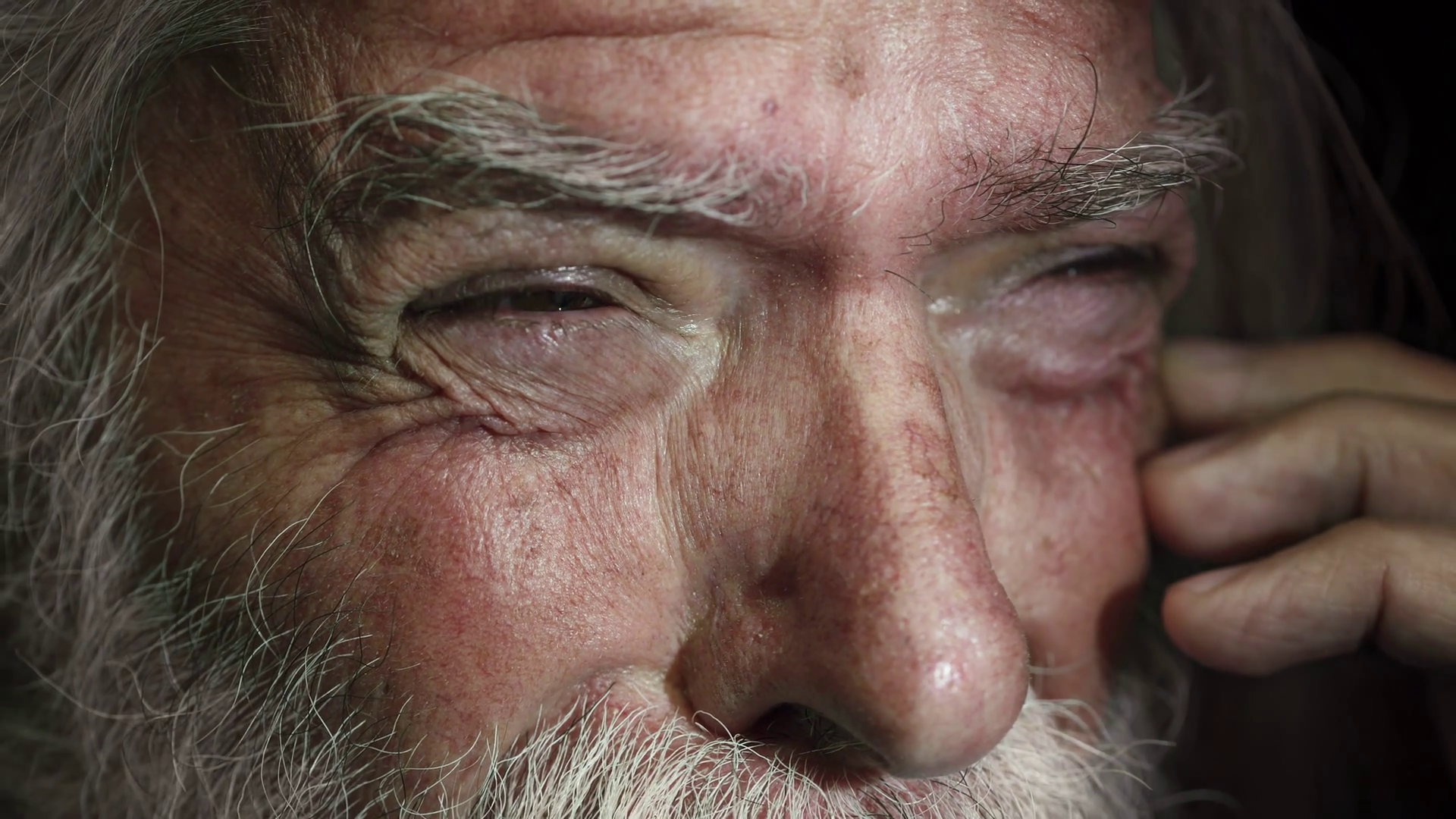 It’s hard to believe I’ve carried an old newspaper clipping for more than 40 years…from Michigan to San Fran to LA to Canada and back to MI and finally to Indiana.

You’d think it was special. Maybe a clipping from high school or my friends that moved away, never to be heard from again? Or, my parents…perhaps when Dad retired from the Clinton County Bank?

It’s just an old man bawling his eyes out.

Why would I save that?

And, why was he so sad?  What was he thinking?

The caption clarifies.  All his family was lost in the Holocaust.

How could he not be sad? That is major loss…in capital letters.

When I re-discovered the photograph a few days ago, it all made sense why I had seemingly treasured this insignificant thing.

You see, it was nearly 10 years ago that I found out that I am Jewish…at least on my mothers side, and it looks like there may be European Jewish on the bio father’s side. That information was buried deep within me. It was cellular. DNA.

Then, memories flashed of touring the Holocaust museum in Israel–the Museum of the Righteous.

That’s where I learned first-hand about relentless old man tears. When looking into huge photos of children who resembled me, I couldn’t stop sobbing.

In addition, the old man lost his entire family….so did I when whisked away from my mother at birth.

But, I was only a baby. I wouldn’t ever be able to recall that separation, would I? Not in pictures, but on a sensory, cellular level.

Adoptee loss is real and deep. Dr. David Brodzinsky Ph.D. and the late Marshall Schecther, M.D. say in their book, BEING ADOPTED: THE LIFELONG SEARCH FOR SELF that “adoption loss for the adoptee is deeper than death or divorce.” ( Order here: http://tinyurl.com/yatmo2qu)

And, so, adoptive and foster parents, who knows what lies dormant in your kiddo’s heart?

It may take years for it to surface or get triggered by something seemingly irrelevant…like a photo of an old man sobbing his heart out.

But when that time comes…you will know about old man tears and will hold those beloved kiddos until every tear is cried.

I love that about you.

The majority of adopted people in the United States don’t know that healing and freedom from their painful past is possible. I have found the path and I’m eager to share it with fellow adoptees.
I love interior design! Got the gift for it from birth mother, Elizabeth. We just got this new painting for our sun room. Do you like?!
Friends, the first podcast is up! Check out here: Here's how to sign up for the podcast! You'll have to join one of the networks: these are listed so far: Spotify, Google Podcasts. Podcast Index, Player FM, Deezer, Podcast Addict, Podchaser. Here's the direct link to Spotify....and the follow button is right beneath the art. Thanks for following me!!
This is my birth brother, Jon, And my birth nephew, Jon. I got to meet them about nine years ago. It was a wonderful encounter, but brother Jon left planet earth before I could get back to visit him again. However, we talked every day before his death, and he said “I love you with all my heart, sis.“