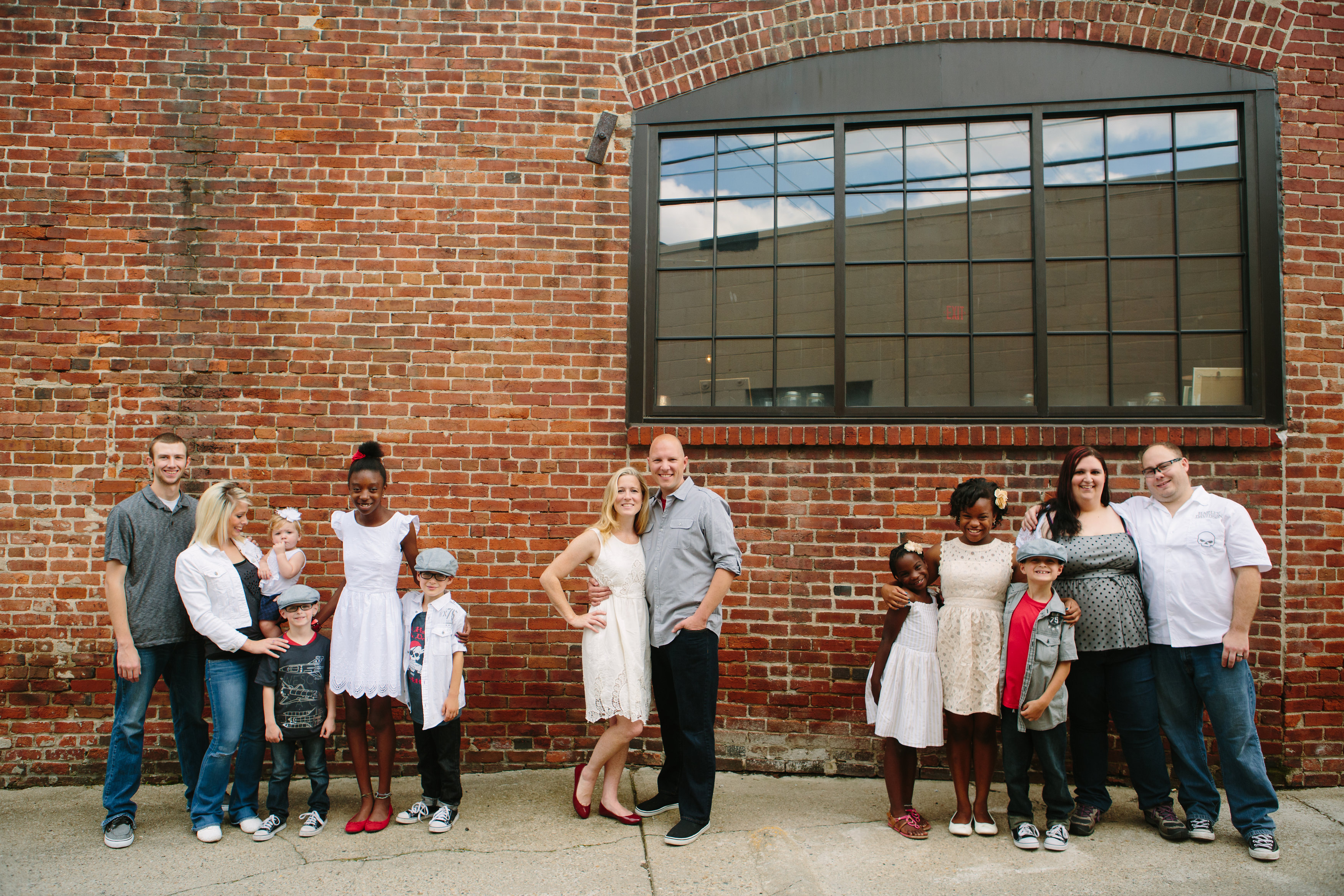 Yay! We are honored to be first stop on the new book tour of author and good friend, Mike Berry! In his spare time (ha), Mike is a professional blogger, speaker, adoptive father of eight, and former foster parent of 20. Along with beloved wife, Kristin, he created the award-winning blog: Confessions of An Adoptive Parent (www.confessionsofanadoptiveparent.com), which reaches a global audience of 100,000+ every month. His soon-to-be-released book—CONFESSIONS OF AN ADOPTIVE PARENT–-is available! I’ve read it and highly recommend it to every adoptive and foster parent…and grandparent.

If you could go back in time and have a conversation with 11-year old me, at some point in the conversation baseball would have come up. Eleven-year-old me dreamed of being a major league baseball star. It wasn’t just a pipe dream like all kids had when they were that age. It was bigger.

I would have told you my full-fledged plan to work my way into the starting line-up of my high school team. I would explain how I was going to try out for the walk-on draft for the Cincinnati Reds the summer after my senior year. And then (hopefully) land a spot in the lower Single A or AA farm system. If that didn’t work, I’d surely have a scholarship to a top-notch division I school of my choice.

Not only could I articulate this at 11 years old…I had it written down. Sketched out in a notebook I kept, complete with stadium diagrams, imaginary starting line-ups, and statistics. Yep…big dream! What 11-year-old kid goes to these lengths?

I wanted to be a legend on the diamond. I studied my hometown hero, Barry Larkin, and dreamed of one day starting for the Cincinnati Reds. I emulated Chris Sabo snagging sharp grounders down the third base line. I matched every move Eric Davis made as he stepped to the plate.

That’s not the story my life would go on to tell. I ended up opting out of baseball by my senior year of high school. After 3 years of riding the bench, I looked to other things. After high school I went to a small Christian college on the westside of Cincinnati with barely a sports program. One year they decided to start up their baseball program and I tried out. But the flame had gone out. After a few practices, I hung up my glove and cleats for good.

Many would look at that and see the disappointment of dreams not coming true. After all, I had worked all those years to become the legend I had dreamed of becoming. But for what? On the outside it looked like nothing. But what I didn’t realize until years later was how perfect the story that was being told through my life really was.

And it had nothing to do with fortune, fame, or accolades.

In the spring of 2004, just 5 years after Kristin and I got married, she told me of a women who was about to lose her two children to the foster care system. She suggested we get our license in order to care for them. I hesitated. At that point, we were the parents to 1 perfect baby through adoption, and all seemed fair in love and war. Plus, I had always heard horror stories about foster parenting. What I didn’t realize was this woman had actually personally asked Kristin to care for her children. So, in-spite of my hesitation I agreed and we fast-tracked through the licensing procedures. Sometimes you just have to step off the edge and ask questions later. We jumped.

Twelve years later….we’ve never looked back. As we stand on the other side of this massive season of our life, we both agree: we wouldn’t change a thing. We ended up fostering over 20 children, and 6 of them stayed with us forever. Foster parenting is one of the hardest things we’ve ever done. It’s nearly taken the life out of us. We’ve been to the darkest places of parenting, the darkest places of human thinking, and we have the scars on our hearts (and our arms) to prove it. We’ve lived through CPS investigations, defeating IEP meetings at our kid’s schools, and the overreaction of a case manager who was trying to make an example out of us.

We’ve taken our son, who suffers from Fetal Alcohol Spectrum Disorder and acts out violently, to residential treatment, and grieved the legal trouble of another child. We became grandparents earlier than we expected to and are roughly 14 years behind on sleep. We’ve had our hearts ripped out, our pockets emptied, and our souls drained of energy.

We’ve lived to tell about it all and, from our vantage point, we wouldn’t change a thing. Nor do we believe that we could have scripted a story any more beautiful or perfect. Call it a perfectly imperfect story. I love these precious children I’ve been blessed with more than life itself. I would bleed myself dry for any of them. Even though I didn’t biologically create them, they own the largest real estate in my heart.

No, I didn’t become a major league baseball star. I never heard the crowd roar as my name was said over the PA. And I’m pretty much a million dollars shy of being a millionaire. But my life is filled with more purpose than I could imagine. I have foster care to thank for that.

I once heard a public speaker say this: “Legends have followings. They have big statistics, and their faces are splashed on every magazine and billboard from here to kingdom come. Legacies, on the other hand, are unknown human beings who quietly change the world.”

Foster and adoptive parents are legacies. Loving children unconditionally, children from vulnerable places, children who are in deep need of permanency in-spite of past trauma, changes the world and the future.

I want to be a legacy.

Mike’s new book, Confessions Of An Adoptive Parent is now available for pre-order. Visit www.confessionsofanadoptiveparent.com/book to pick up your copy and learn about the more than $400 in FREE bonus content you receive when you pre-order before February 6th.

3 thoughts on “How Being A Foster and Adoptive Parent Changed My Life, by Mike Berry”