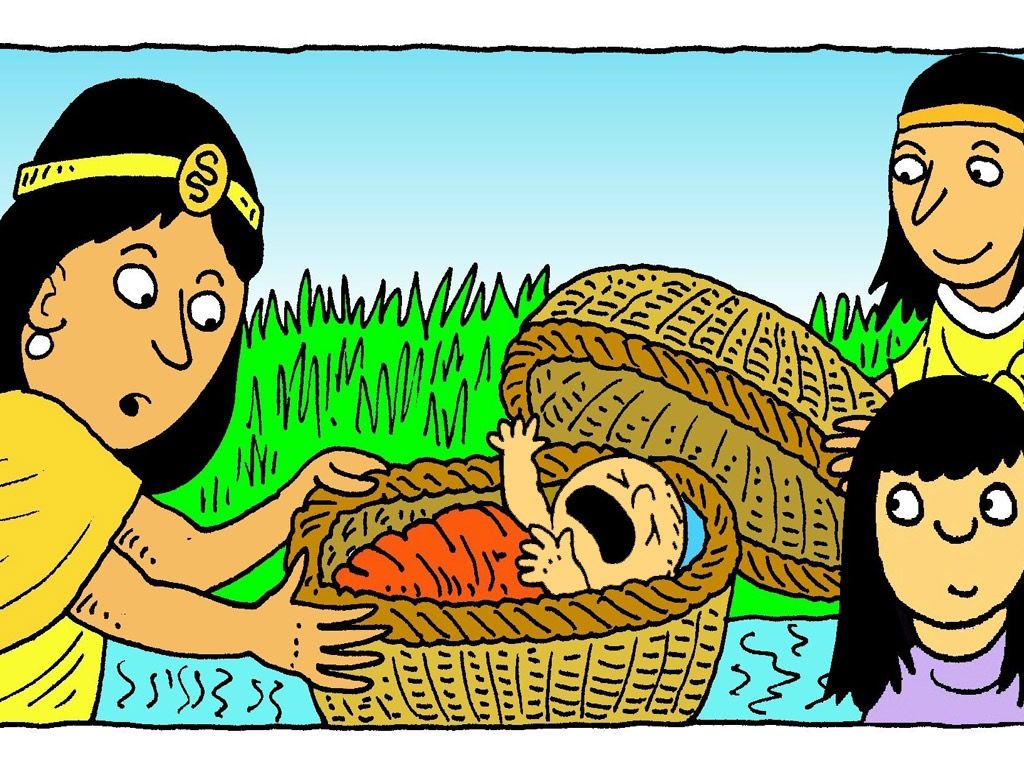 I’ve heard this story told again and again, but no one ever stopped at the word that stood out like neon to me.

Moses, the Biblical adoptee, cried when his first mom put him in a tar-lined, covered basket in the alligator-infested Nile?

Now a man of the tribe of Levi married a Levite woman, 2 and she became pregnant and gave birth to a son. When she saw that he was a fine child, she hid him for three months. 3 But when she could hide him no longer, she got a papyrus basket for him and coated it with tar and pitch. Then she placed the child in it and put it among the reeds along the bank of the Nile. 4 His sister stood at a distance to see what would happen to him. 5 Then Pharaoh’s daughter went down to the Nile to bathe, and her attendants were walking along the riverbank. She saw the basket among the reeds and sent her female slave to get it. 6 She opened it and saw the baby. He was crying (emphasis mine), and she felt sorry for him. “This is one of the Hebrew babies,” she said. (Exodus 2)

So, what’s the big deal?

As I studied what the word “cried” meant, it became abundantly clear what I and millions of other fellow adoptees and foster kids experience when separated from our first (second, third, etc). families.

The root meaning of crying is: (Thesaurus)

Even though culture and times were different, Moses experienced the same challenges those who lose families face today. Everything familiar disappeared and for the first time, on a sensory level, he experienced what relinquishment feels like.

How Other Adoptees Describe “Cry”

“I am adopted! Someone didn’t want me. This became my story, my scar and my struggle. When I learned of my adoption, compounded by dynamics in my family life, I ‘heard’ only that someone DIDN’T want me. I was rejected somewhere and somehow, I was now different. All of this became the energy force that kept me, motivated me and often controlled me on a lifetime course of anger, debate, searching and stubborn determination to prove that ‘they,’ whoever the natural parents were, were wrong to give me up.” (Dr. Richard Gilbert, from Jewel among Jewels Adoption News)

What Experts Say About the Cry

“What I discovered  is what I call the primal wound, a wound which is physical, emotional, psychological and spiritual; a wound which causes pain so profound as to have been described as cellular by those adoptees who allowed themselves to go that deeply into their pain. I began to understand this wound as having been caused by the separation of the child from his biological mother, the connection to whom seems mystical, mysterious, spiritual and everlasting.” –The Primal Wound: Understanding the Adopted Child, by Nancy Verrier

“The loss inherent in adoption is unlike other losses we have come to expect in a lifetime, such as death or divorce. Adoption is more pervasive, less socially recognized and more profound.” —Being Adopted: The Lifelong Search for Self,  by David M. Brodzinsky, Ph.D. and Marshall D. Schechter, M.D.

“Can a baby under one year ‘remember’ this traumatic separation from his original parents? No, he will probably not remember these events as a series of pictures which can be recalled. What is remembered, or preserved, is anxiety, a primitive kind of terror, which returns in waves in later life. Loss and danger of loss of love become recurrent themes or life patterns. What is preserved may be a profound moodiness or depression later in life, the somatic memory of the first tragic loss, which returns from the unremembered past even, ironically, at moments of pleasure and success. What is preserved is the violation of trust, of the ordered world of infancy in which love, protection and continuity of experience are invested in people. The arbitrary fate that broke the first human bonds may damage or shatter that trust, so that when love is given again it may not be freely returned. And finally, what is preserved is likely to be a wound to the embryonic personality in the first year which may have profound effects upon later development.”— Every Child’s Birthright, by Selma Fraiberg

How God Responds to the Cry

He had no awareness of Jehovah–the Being who is absolutely Self-Existent, the One who in himself possesses essential life and permanent existence. Even though his mother wasn’t there with Moses when he was floating on the Nile, Jehovah was. Jehovah’s strong hands were holding him up and keeping him safe.

Psalm 63:7-8 says, “Because you are my help, I sing in the shadow of your wings. I stay close to you; your right hand upholds me.”

How Parents Can Validate the Cry

Parents and counselors may want to consider using these questions and activities:

Verses that Comfort the Cry

Feel free to use any of this material.