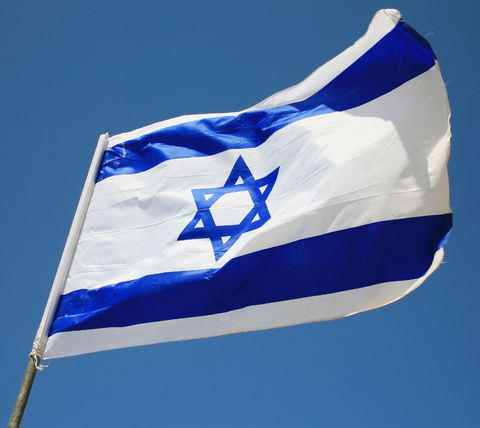 Is it  possible for an adoptee to discover Jewish roots as well as her Jewish name?

It can happen…and for me, it was in a most unusual and unexpected way.

A few years ago, Bob and I traveled with nearly 30 people from Friends of Israel, both Australians and US, to the land of Israel.

Prior to leaving, genealogist-cousin Sharon reminded me that our family came from the Tribe of Dan. Even though she told me many times in the past, it went over my head. I wasn’t interested. It seemed like a dry bit of history.

But, now that we were going to  Israel, to the area where the Tribe of Dan lived, I was on a mission!

Our articulate tour guide, Tito, was with us every step of the way…teaching the history of his beloved country…from the Garden of Gethsemane to the huge field to the Jordan River.

On the third day of the trip, everyone piled into the large tour bus, as the intercom blasted the words of “Jerusalem,” a song sung by the Hoppers. Here is the link in case you want to get in the mood. https://www.youtube.com/watch?v=K2j5uq0rYXA

Our day was going to be spent in the golden city, the city where Jesus walked.

Everyone was psyched for the trip.

Suddenly, our bus driver pulled off to  a side road and stopped.

For the first time in Tito’s  30-year career as a guide, his bus couldn’t gain entrance to the city.

Did you get that?

The streets were packed, for it was the day of the Six Day War commemoration, also called the June War or the Third Arab-Israeli War. It occurred from June 5-10 1967, when Israel captured the Sinai Peninsula, Gaza Strip, West Bank, Old City of Jerusalem, and the Golan Heights.

Our revised destination? The grave site of David Ben-Gurion, the first Prime Minister and Minister of Defense of Israel.

How could a day at a gravesite compare to walking the cobblestone streets of Jerusalem?” I asked myself.

Nonetheless, Tito began with confidence, standing on a hill and teaching about common Jewish names that begin with “Green.”

Then, he spouted off words like “Greenburg, Greenstein, Green whatever……”

Fireworks exploded in my brain…

I ran to Tito and told him what I’d discovered.

“Is it on your mother’s side?” he asked.

(The Jewish tie always has to come from the mother’s side.)

“Yes!” I said, like a kindergartener who’d just been given an ice-cream cone.

Tito wrapped his arms around me and said, “Welcome to the family.”

Thus, looking back, finding my Jewish name at the gravesite of David Ben Gurion  was a divine appointment that far outweighed the visit to Jerusalem that day.

4 thoughts on “How One Adoptee Discovered Her Jewish Name”