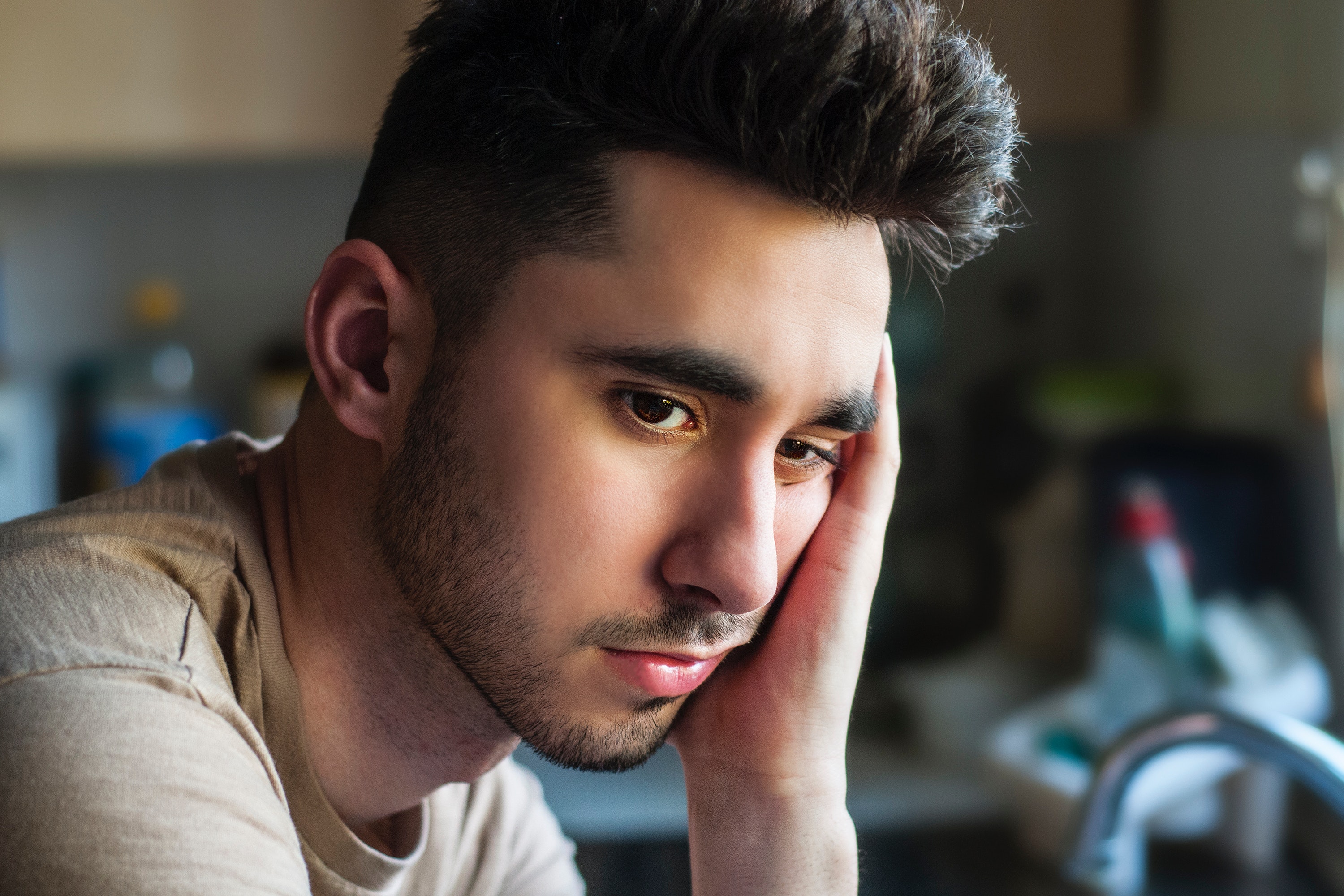 I have yet to meet an adoptee or foster kid who can honestly claim to have never thought about his or her first mother, especially on birthdays.

Renowned author John Bowlby says that the mother is the hub of life.1

Author and physician Peter Nathananielsz says that much of the way our bodies work is molded and solidified during our time in the womb and that there are critical periods during prenatal development when our cells and organs decide how they will behave for the rest of our lives.2

Just think…at the very moment of conception, our entire genetic code was established that determined our sex and the color of our hair and eyes. At three weeks we had a beating heart, and at forty days detectable brain waves.

Perhaps even more fascinating is a phenomenon that goes on between a mother and her unborn child that absolutely boggled my mind when I learned about it.

Our First Conversations with Her

Who do you think was the first person with whom you had a conversation?

Would you believe it was your first mother?

And, where and when do you think it might have happened?

This is the mind-boggling part —in the womb!

Dr. Thomas Verny says that during the last three months of pregnancy, and especially the last two, we are mature enough physically and intellectually to send and receive fairly sophisticated messages to and from our mothers. Our mothers set the pace, provide the cues, and actually mold our responses.3

What messages did we get from our first mothers? I believe it all depended on her attitude toward us. If we heard, “I love you and am so glad you’re a part of me. I will do all that I can to help you develop into the person you were created to be. I can’t wait to see you. I will welcome you into the world in a way more wonderful than you can possibly imagine,” our response was certainly positive.

We would have thrived on it. “Oh, Mommy,” our little pre-verbal minds might have said, “I love you so much and I can’t wait to be born so that I can nurse at your breasts and be held in your arms.”

Our little minds may have responded like this: “All alone. All alone. Hurts so bad. No one will ever take care of me. I must ‘buck up’ and be strong so I can survive. Be strong. Be strong. Tense up. Be on guard so I won’t be tortured like this again.”

This kind of message to us would be unimaginably painful.

Author Judith Viorst likens it to being doused with oil and set on fire.

But it’s a subconscious pain. Dr. Arthur Janov says that this kind of pain is “not like a pinch where we yell ‘ouch,’ shake our fingers, and in a few minutes get over it. Instead, it’s like being pinched so hard you cannot feel it, so that the pain goes on forever because it is continually being processed below the level of conscious awareness. It doesn’t mean it is not there doing its damage — it just means that it is too much to feel.”5“

Some of us can identify with those negative conversations, and many of them are still playing in our heads even though they were communicated so many years ago. Some of us feel at a cellular level that we need her love and welcoming attitude in order to survive. If we experienced a transracial adoption, this may escalate as we hit the teen years. Every time we look in the mirror, we wonder who we look like. Who did my skin color come from?

I know for a fact that I didn’t have my birth mother’s love from day one, yet by grace, I am a survivor. As my husband always says, “From some people you learn what to do and from others you learn what not to do.”

Whatever the case, whether conversations with our birth mothers were positive or painful, prenatal experiences are encoded in our bodies, souls, and spirits, resulting in questions and thoughts that pop into our minds, often unexpectedly, throughout our lives.

Our First Thoughts about Her

Folks who aren’t adopted are often amazed at how early some of us think about our birth mothers, especially when I tell the story about the adopted girl who asked her mom prior to her third birthday party if her “lady” was coming. The mother asked what lady she was talking about. Her daughter answered, “The lady I grew inside. It’s my birthday, isn’t it?”6

Cheri Freeman thought about her origins at an early age also. She told herself stories at age three or four about how her birth parents missed her and how happy they would be to finally meet her.

Joe Soll says that from the moment he knew he was adopted at age four, there has never been a day that he hasn’t thought about his birth mom.

Frieda Moore found comfort when hurting by imagining her birth mother coming to find and rescue her, taking her home to live with her forever.

Pam Hasegawa, a fifty-nine-year-old adoptee advocate, says that when she had the lead in a play, she remembers thinking, “If she could only see me now! Would she be proud of me?”

Where did those positive attitudes come from? Could they have begun in the womb?

And what about those of us who have negative attitudes? Laurie, even as a young child, worried that her birth mother must be struggling and depressed. Others of us didn’t begin to think about our birth mothers until we hit puberty and shot up to six feet tall even though both our adoptive parents were short.

Shirley Reynolds says that when she became a teen, she realized that she looked much different than her adoptive family. This propelled her into a fantasy world where her mother would be dark-haired and petite, like Shirley. And of course, she would be beautiful!

Some adoptees claim to never think about their birth mothers. Sally says that she feels guilty because she doesn’t think about hers, knowing that so many other adoptees do.

Sally is not alone. Many don’t think about their birth mothers for various reasons, but the reason may possibly be shame. Shame is that awful feeling, not that we have done something wrong, but that something is inherently wrong with us as a person. In adoptee language, “My life is a mistake.”

How about hearing your adoptive mother talk derogatively about the twenty-one-year-old down the street who was unmarried and pregnant, raving about how much shame she brought to her family? Connie Dawson heard this message at the tender age of ten as her mother delivered a veiled message that Connie herself was shameful and shouldn’t be “bad,” like her birth mother was. Or how about Sue who struggles with a haunting belief that something dreadful must lurk within her, which if found out by her adoptive parents, would cause them to bolt from her?

Or, how about being a black child with white parents and hearing others ask why your parents adopted a black child. How about when you’re only six years old and people come up to your mom at the grocery store and ask how she fixes your Afro-American hair? Or, if you’re a black teen and you walk into a convenience store with your white parent, you can’t experience “white privilege” even though your mom is white. Others look suspiciously at you instead.

Whether positive or negative, and whether we like it or not, our birth mothers are a forever part of us. How we choose to respond to that reality will deeply influence the course of our lives.

OUR CHOICE=To give ourselves permission to think about and discuss openly our birth parents, especially to our adoptive parents.

Giving ourselves permission to let natural thoughts surface reminds me of when I am getting sick. I feel nausea and the urge to toss my cookies. I hate that more than anything, so I concentrate on something else so that I won’t. But when I finally let myself think about the possibility, up comes my lunch, followed by an incredible feeling of relief. A similar sensation often results when we allow ourselves to freely think about our birth parents. The urge to do so is really unstoppable.

Perhaps all these thoughts are new to you. You want to begin your process of making positive, life-transforming choices but don’t know how. The following section will help. (You’ll find such a section at the end of every chapter.)

HOW ADOPTEES AND FOSTER KIDS CAN BEGIN