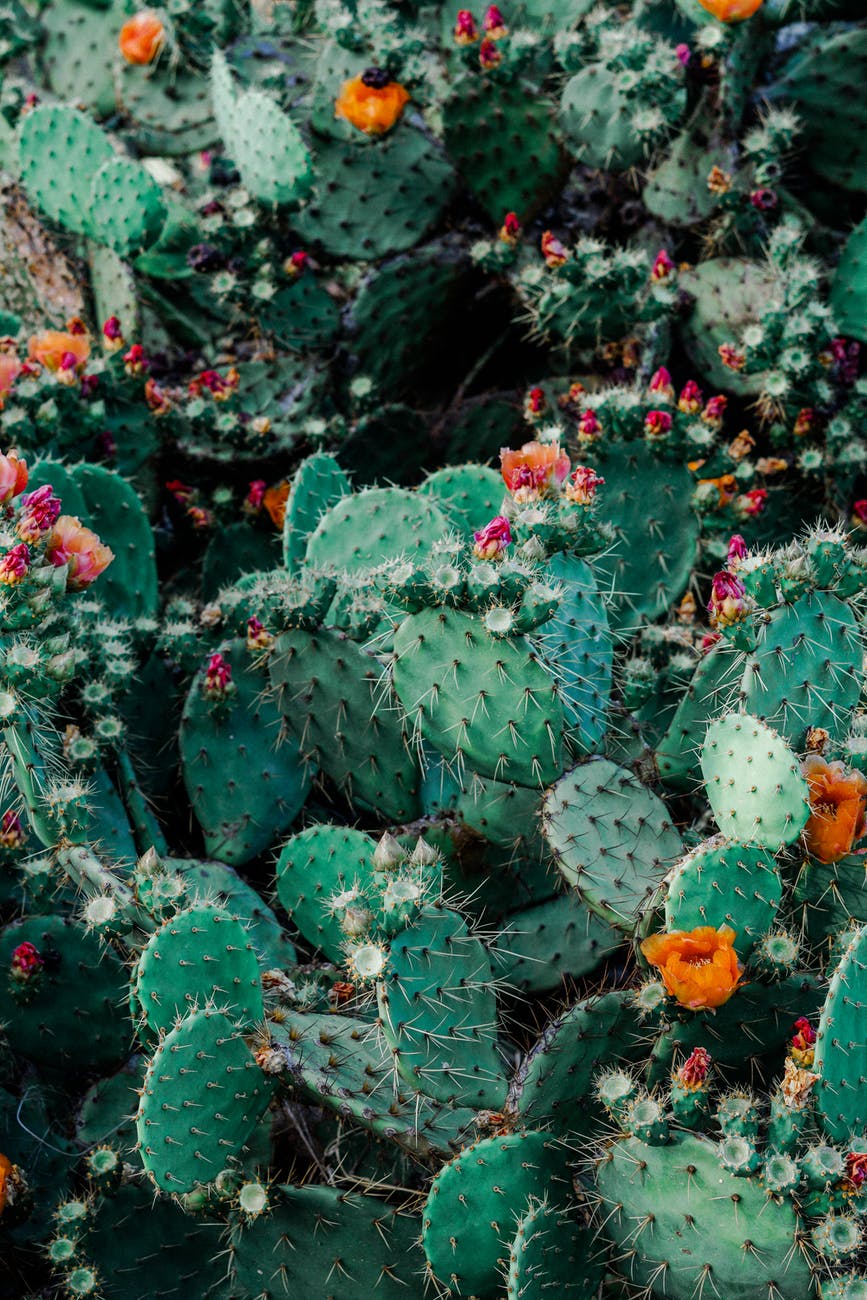 Rejection.  Just the sound of the word sends chills up my spine!

Rejection is the dark side of the search and reunion process. The agonizing side. The side that is rarely, if ever, gets talked about, the side media never covers.

It is also part of our adoptee “rite of passage” into a healthier, more fulfilling life. So, don’t despair, my friends, if you are experiencing this right now. You will get through it.

How many of us are rejected? Statistics, like most aspects of adoption, are sadly non-existent, but many claim that only a minority of adoptees are rejected by a birth relative at reunion. During the years I have been researching and talking with other adoptees, however, I have found rejection to be rampant and common.

Why do birth relatives reject some of us? Does our physical appearance remind our birth mothers of our fathers, whom they have no positive feelings for? Does seeing us trigger issues in them that they have never dealt with? Are they emotionally and mentally unbalanced? Or are they just downright mean?

What does it mean to be rejected and how does it feel? Webster’s gives us a good start on understanding its basic message. “Refusing to have, take, or act upon. To refuse to accept a person. To rebuff. To throw away or discard as useless or unsatisfactory. To cast out or eject. Something rejected as an imperfect article.”1

Ron Nydam, Ph.D., gives a vivid illustration from a client’s encounter with his birth mother. She told her son: “If you want answers, see a psychiatrist; if you want a companion, get a dog.”2

I will never forget when I was reeling from my birth mother’s rejection. While attending my first American Adoption Congress, a man at one of the book tables asked me to tell him my story. I got to the part where I was going to say, “All I wanted was for her to say the words ‘I love you,’” and I lost it. He looked me straight in the eyes and said, “It really hurts, doesn’t it?” I knew by the tone of his voice that this wasn’t some platitude—it came from his heart. This dear man took me into the lobby of the hotel and told me how he had experienced the same rejection from his birth mother years ago. Still, after all that time, he wept.

Karen says that her birth mother rejected her “right out of the gate.” She didn’t even give Karen the dignity of getting to know her first before making up her mind. Karen was her dirty secret and she couldn’t stand the thought of others knowing. She told her that her mother (Karen’s grandmother) would also reject her.

As Karen reflects on the rejection, she says, “She didn’t just reject me—she wanted nothing to do with my son, her own grandson! When I found her, my son wasn’t even one year old, a beautiful baby. How could she reject him? The only time I met her she reviewed pictures I had brought of him with detachment and terse comments.”

When birth siblings learn that a parent conceived an unknown child, their reaction may be to reject us as well.

Richard Curtis says, “Even though I have not been overtly rejected by birth relatives, I have the feeling that I’m being ignored or at least overlooked by family members who just don’t know what to do with me. Both of my birth parents were deceased when I finally conducted my search and so my ‘reunions’ have been with siblings and cousins. That being the case, after the initial shock and curiosity of discovering a secret birth relative, most members of both families have relegated me to receiving a card at Christmas or an occasional e-mail. At first I tried to take the initiative and keep in contact, especially with my siblings; but I’ve gotten little response.”

Okay, that’s enough. We know the realities of rejection. Let’s not stay there unless we are currently experiencing it. Then, fellow adoptee hurt words are validating. But for the rest of us, let’s move on, okay?

If we’ve received hostile responses from birth relatives, how do we usually react?

Isolation and rejection partner to silence us. We are frozen in fear and don’t want another soul to know our experience. We feel we have been branded for life.

We do need isolation from the rejecting birth relatives, but not from fellow adoptees who have had similar experiences. In their company we can find a good kind of isolation, where we experience protection, comfort, strength, validation, and healing.

As I personally became aware of this fear of being forgotten and shared it with the adoptees in my support group, eyes welled with tears and you could have heard a pin drop. I thought about it a lot in the days to come. Aren’t we as rejected adoptees a little like prisoners of war? Aren’t we missing in action in many ways?

While studying the subject of being forgotten, I saw a poster-sized reproduction of a U.S. commemorative stamp. Two words grabbed my attention—NEVER FORGOTTEN. The poster depicted an army dog tag on a chain, inscribed with the words, “MIA and POW—NEVER FORGOTTEN.”

My sweet husband purchased a gold ID bracelet with a chain like a dog tag. On one side I had the jeweler inscribe “Baby X.” On the other side were the words “Never forgotten.”

THE MESSAGE BEHIND THEIR WORDS

Again, here is it so helpful for us to take a deep breath and think about the psychological dynamic of projection. All the rejecting person can see is themselves. So, when they are saying rotten things about us, what are they really doing? They’re telling us how they feel about themselves. How freeing this is!

OUR RITE OF PASSAGE INTO A BALANCED, HEALTHY LIFE

Of all the things I’ve learned lately about our adoptee journey, the concept of the adoptee’s rite of passage is the most exciting. Listen to this story and then we’ll draw parallels to our own experiences.

I am reminded of a story about a young American Indian man who was about to go through “the rite of passage into manhood.” Prior to this event, he was prepared to defend himself in every way. On the day of the rite, he was blindfolded and led, gun in hand, into a dark forest and left alone overnight. The blindfold remained all night.

During the night, whenever the wind blew a leaf or an animal scurried through the underbrush, he was sure it was a wild animal seeking to devour him. He was terrified. When morning dawned he removed his blindfold and saw a path leading off to his right. He thought he saw someone at the end of the path. As he contemplated the figure, he realized that it was his father, aimed and ready to shoot anything or anyone that would hurt his son.13

LIES AND TRUTH ABOUT REJECTION

There is always an end to the dark night of our experience. Many of us might have believed that we’ll always be in the darkness and shame of rejection. Like our anger issues, we may easily believe:

I bet you anything, my friend, after you’ve done all your searching and reunion “work,” that you’ll find it’s not about you. It’s about the dysfunction of the person who rejected you.

There’s our black and white thinking. We will always have memories of the hurt, but the shame, the stinging shame, will fade in time. I promise you. Like the Indian teen, there will come a day when the sun rises and you realize you were never alone…that’s why we need one another. Those fellow-adoptee friendships are vital!

I believe as a fellow adoptee friend to you that I can speak frankly, more so than anyone else. Okay, here we go!

We Need to Get Over Ourselves

Yes, we need to quit throwing pity parties, focusing on past hurts, licking our wounds and accept a “new template” for our future life.

Rejection does NOT define us, friends.

We are amazing people. We have survived pre-adoption trauma that’s unbelievable. We are survivors…now we need to step into that role with confidence.

Think back to the Cherokee teen. Of course, there are many sounds, movements around him, darkness and all kinds of scary stuff. But, he trusted in his inner strength, already built into him through his training by his dad, that he would come through night…strong!

We can reject our rejection and not let it define us.

The biggest “take away” for this chapter is—don’t do it alone! If you don’t know fellow-adoptee friends, contact me. I know adoptees from all over the world that support one another through this “rite of passage.”

(This is chapter 18 from 20 LIFE-TRANSFORMING CHOICES ADOPTEES MUST MAKE, Copyright)