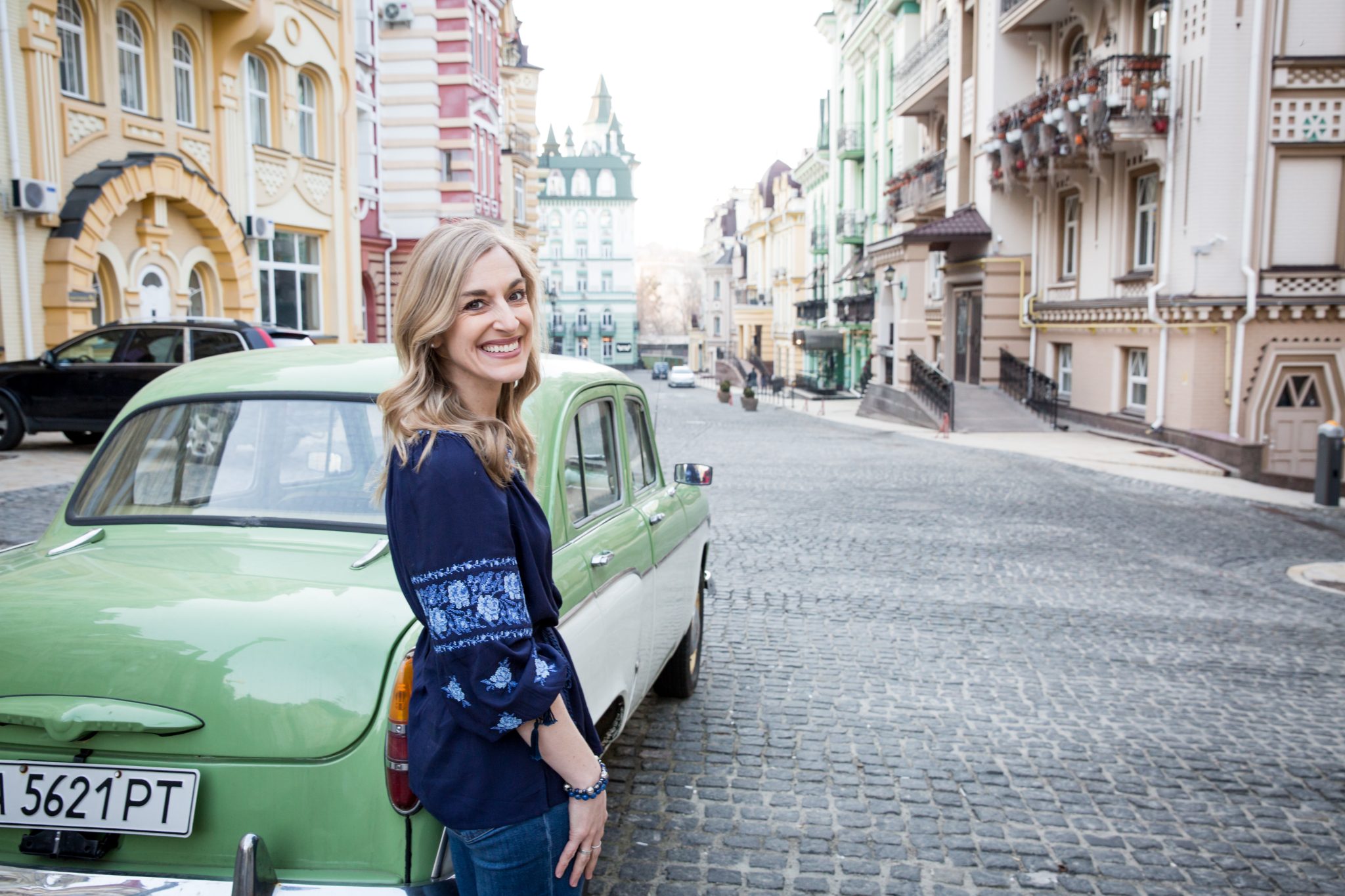 My journey into the world of adoption began exactly 17 years ago with a visit to an orphanage, a world away from my middle-class American life. It was early November 2004 and I’d arrived in Kyiv, Ukraine, six weeks earlier for what was intended to be an eight-month postcollege ministry adventure. I was twenty-three years old and ready to hit the ground running when I arrived in a country I knew little about.

Less than two months into my stay, I received the opportunity to participate in an aid distribution at an orphanage through the ministry I was serving with. I jumped at the chance, as it seemed like the perfect way to get involved, meet some cute children, and understand the needs in the nation. I was told I could interview the director of the facility and write a story about how our organization provided assistance to the orphanage.

After a twelve-hour drive on dilapidated roads, it was nearly nightfall when we pulled up in front of an ominous brick structure. Later I would learn that it was a government institution originally built to house children in a boarding school–like fashion during the country’s era of communism. Now, decades later, it was filled primarily with children deemed “social orphans”—those who had been removed from their families because of alcoholism, drug addiction, or neglect.

As I exited the van with our team, a little girl who appeared to be around twelve years old made her way through the crowd of children, took me by the hand, and proceeded to escort me into the building. I soon learned that her name was Irina. Nothing about her appearance was particularly remarkable. It would have been easy to pass her by. But when Irina took my hand, suddenly I was forced to look into eyes that said, “See me.” And I did.

Perhaps I was drawn to Irina because I realized that, if you stripped away everything I was privileged to have known of safety and love at age twelve, I could have been just like her. Perhaps when I looked into her eyes, I saw myself and an alternate outcome that family and good fortune had spared me. Whatever it was, God used that moment. When Irina placed her sweaty little hand in mine, the course of my life changed in ways I never could have foreseen.

My 3-day stay at the Ukrainian orphanage left me with the strong impression that children belong in families. So after returning from the trip I took a deep dive into understanding the ins and outs of the adoption process and began advocating for the children I was meeting. To me, the answer seemed simple: place children in forever homes and end orphanhood in Ukraine. It seemed I had found my calling. What was supposed to be an 8-month adventure was about to turn into more than a decade of ministry in a nation I would learn to call home.

In the years that ensued I would walk alongside hundreds of families in their adoption process and advocate for children in need of families. However, as the years went by, and I saw children gain families, I came to learn that becoming family wasn’t that simple. I became increasingly aware of the struggles families faced with their adopted children. Some families who had successfully parented biological children and entered into adoption with a “more love to give” attitude were drowning in tumultuous seas and grasping for a lifeline. I wondered how I could continue to promote adoption while watching families struggling on the frontlines to parent children who had experienced significant trauma.

As more years passed and my rose colored glasses faded, my journey to make sense of the complex world of adoption began. In 2017 I decided to reconnect with the families I knew who had been home with their children for several years with the hopes of capturing their stories. I wanted others to be able to learn from their experiences.

I went on to spend 4 months crisscrossing the US and discovering adoption themes from the families I interviewed. My ultimate goal was to write a book that would encapsulate these stories. I asked the parents questions like: Had they been prepared for their adoption journey? What would they have done differently? How were their adopted children finding healing? How were their biological children affected? What were the most important lessons they learned? How would they counsel prospective adoptive families? And—perhaps the deepest question of all—where was God in all of this? It was the research project of a lifetime.

As I reconnected with these families, several years into their adoption journey, I heard fewer platitudes and saw more raw emotions. Families spoke freely about fewer mountaintops and more valleys. But in the midst of the hard, I also heard stories of hope and witnessed tremendous resiliency. As is true with many things in life, I learned from these families that hindsight is often twenty-twenty. Sometimes it’s only in looking through the rearview mirror that we can see things with a new perspective, and be reminded of how far we have traveled. More often than not, we can see what God is doing only when we look in the rearview mirror. A lesson that can be applied to adoptive parenting, or any other road the Lord has called you to walk.

To learn more about Karen’s discoveries, get a copy of Adoption Through the Rearview Mirror: Learning from Stories of Heartache and Hope.  It can be purchased on Amazon or learn more at www.karensprings.com

My amazing boxing coach, Lindsey. In this photo from last night, we were saying goodbye because the boxing club is closing. I’m so sad about this. Not only do I love the sport of boxing, but also the dear friends I have made there over the last seven years. I shout out love to all of them!
How could this possibly be? But, it is real for many.
This was the verse in a hymn I listened to this morning and I love it! The thought is enough to make me wanna dance.
She went on with life even though her heart had a huge hole. That hole was shaped like me.